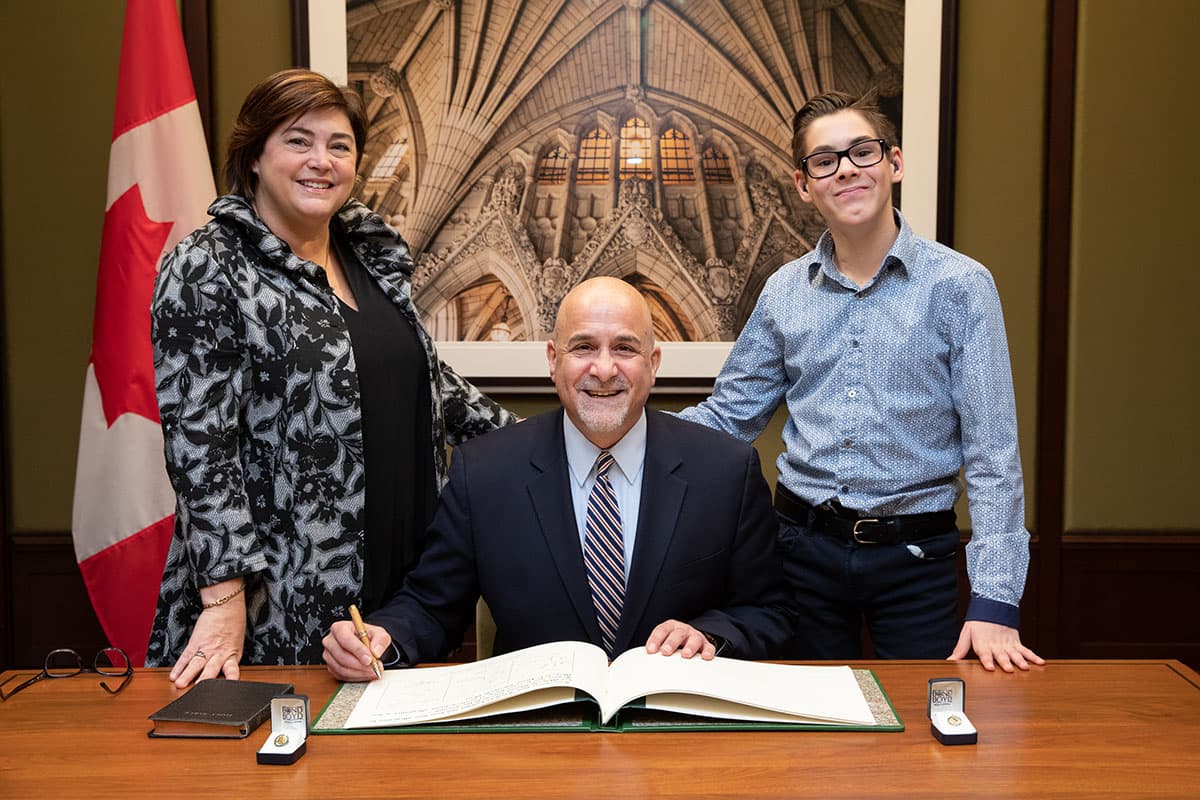 Tony was born and raised in Niagara Falls, Ontario. His passion for politics and public service dates to 1988, when he first worked on Parliament Hill as the Legislative Assistant to his hometown Member of Parliament, the Honourable Rob Nicholson.

In 1995, Tony moved to Queen’s Park, where he served as Legislative Assistant to the Honourable Marilyn Mushinski, who was then Ontario’s Minister of Citizenship, Culture and Recreation.

After serving as a Public Relations, Public Affairs and Community Relations specialist with Hill and Knowlton Strategies in Toronto for five years, Tony returned home to Niagara Falls in 2001. From that time, he served as the Senior Manager of Communications and Stakeholder Relations for The Niagara Parks Commission.

Following the announcement that Mr. Nicholson would be retiring from politics after proudly serving for over 24 years, Tony successfully ran in the federal election campaign as the Conservative candidate. On October 21, 2019, Tony was elected Member of Parliament for his hometown riding of Niagara Falls. Two months later, he was named Deputy Shadow Minister for Transport. In September 2020, newly elected Conservative Leader Erin O'Toole appointed Tony to the Conservative Shadow Cabinet as Special Advisor to the Leader on Tourism Recovery.

A graduate of McMaster University with a degree in Political Science, Tony also received a Public Relations Certificate, with Honours, from Humber College. He is married to his wife Carol and they have one son, Daniel.

Tony is deeply thankful and grateful to his constituents in the City of Niagara Falls, and the towns of Niagara-on-the-Lake and Fort Erie, who have put their trust in him to represent them in Ottawa.